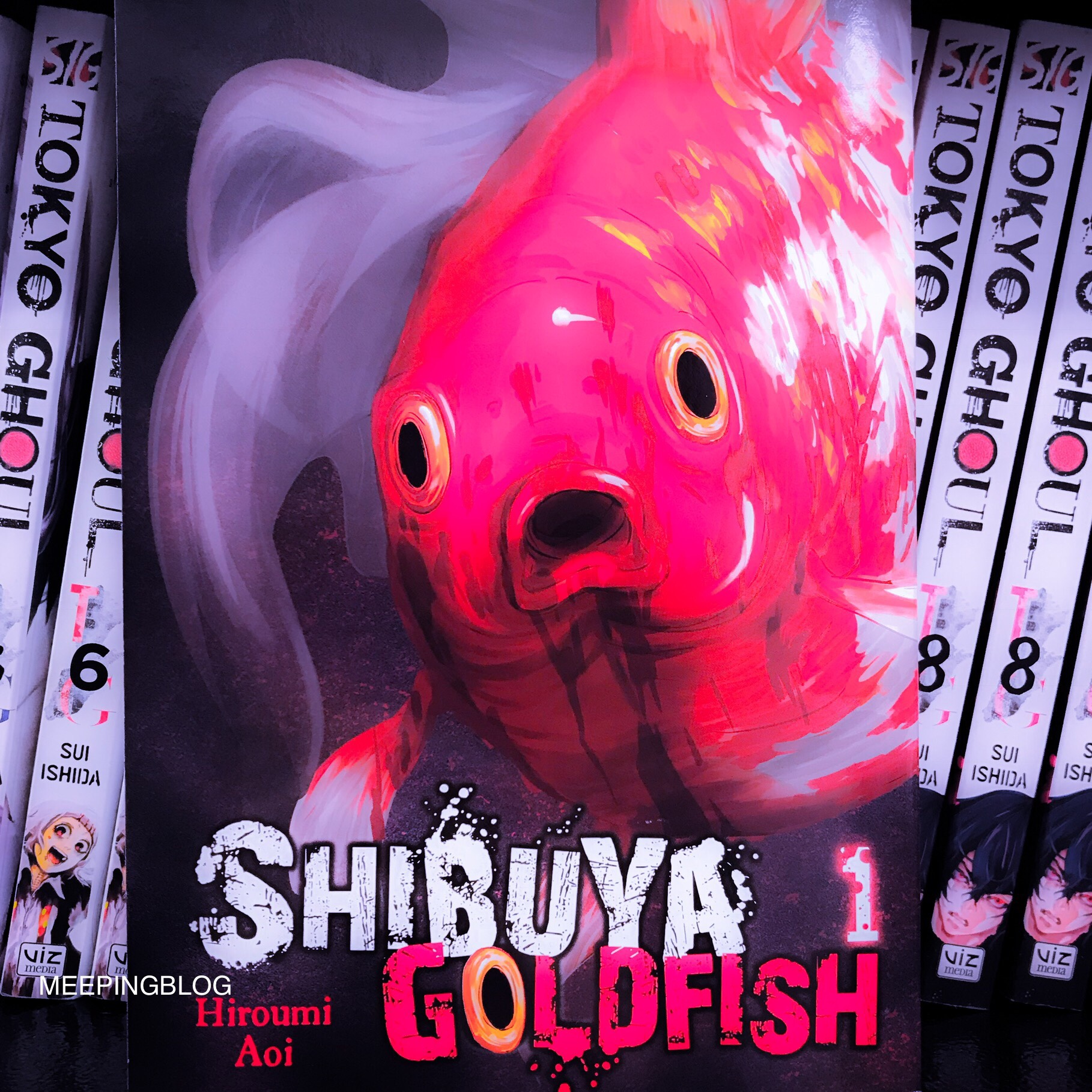 “High schooler Hajime Tsukiyoda went to Shibuya that day hoping only to find inspiration for his next film. He never expected to find himself smack-dab in the middle of a real-life horror movie. Without warning, schools of massive goldfish descend upon the crowded streets, and the mystified onlookers’ confusion quickly turns to terror as the fish begin to feed. From their tentative shelter, Hajime and a handful of survivors await a rescue that seems more and more unlikely as the days and hours tick by. meanwhile, all around them, the bloody feeding frenzy rages…”

—Spoilers beyond this line—

I was drawn to this manga by the cover which portrays a giant Goldfish and the words ‘Shibuya’ but I skipped out on the summary, meaning I went completely blind toward this.

The monsters are shown at random and their unpredictability is felt by both the characters in the manga and the reader itself. 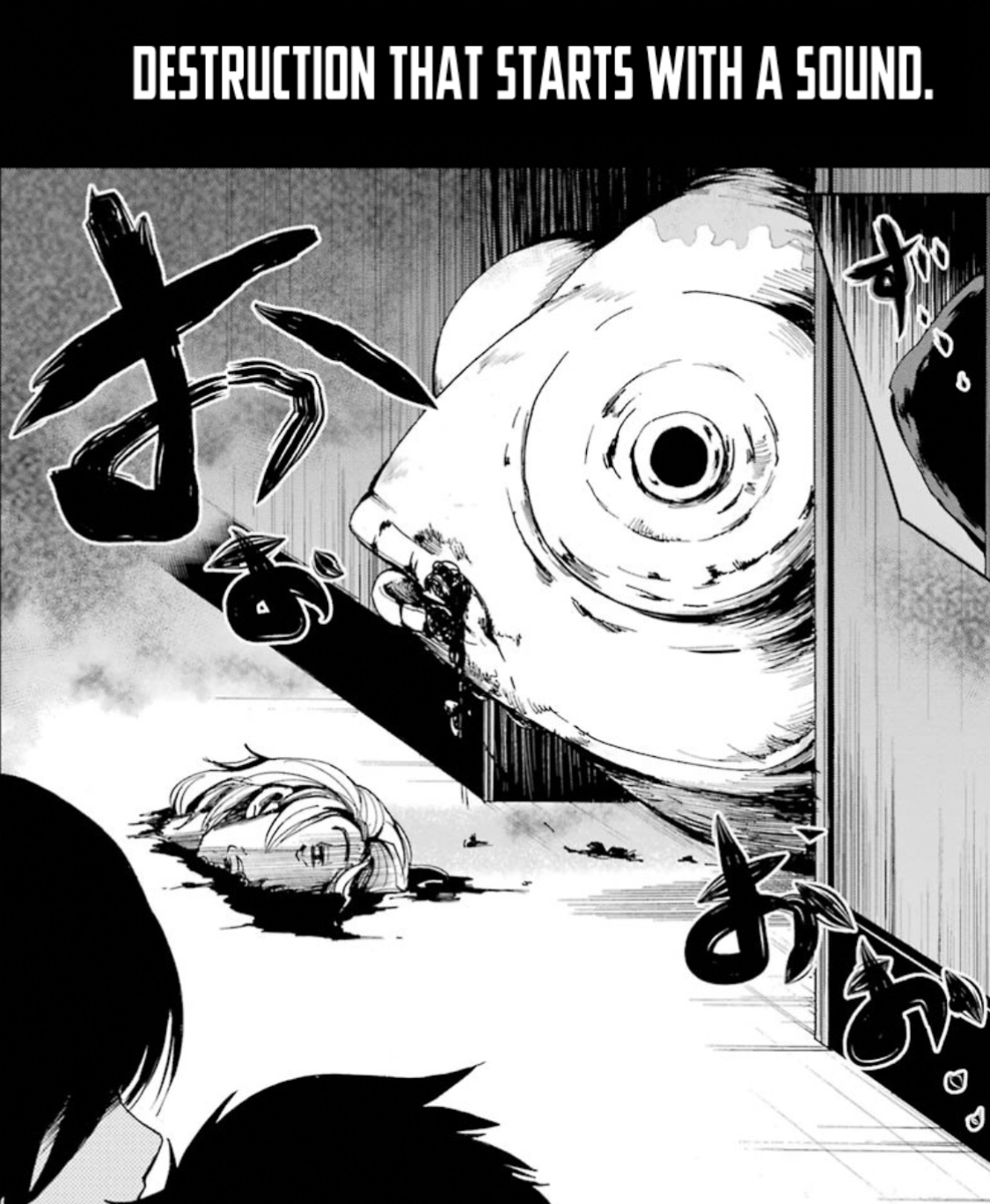 Much emotion is conveyed in multiple inked panels and often I found myself feeling desperation or relief for the characters.

There’s a lot of death. It’s a chaotic situation, much like a zombie apocalypse but with goldfish.

Although the goldfish seem to follow the behavior of the typical goldfish, there is more to these monsters that meet the eye. The goldfish spout sentences such as saying “hello” or “I’m home” or “it’s raining.” which implies there’s some humanity to them or they absorbed the thoughts/emotions of their victims.

They seem to be well aware that they are not human. When Hajime discovers one of their weaknesses, the goldfish says “Is this heat the human love?” implying that it is well aware of its nature.

At first, we are led to believe that they are just there to feed but toward the end of Volume 1, chapter 2, we are shown their parasitic nature. First, tiny goldfish spout from the corpses but finally the infection attacks Fujimori as he bursts from the inside out by the many goldfish exiting from his orifices (eyeballs, nostrils, mouth, etc.)

It is later revealed that officer Yukino Anko was in love with Fujimori, her subordinate in the force.

There’s humor in this manga, albeit dry and cynical. The goldfish spout random normal-day life sentences such as “I’m home!” Just as they are about to eat someone.

The characters themselves. A tsundere idol, an unmarried police officer, the typical nerd that’s self conscious, the pretty girl with the rotten personality, etc. 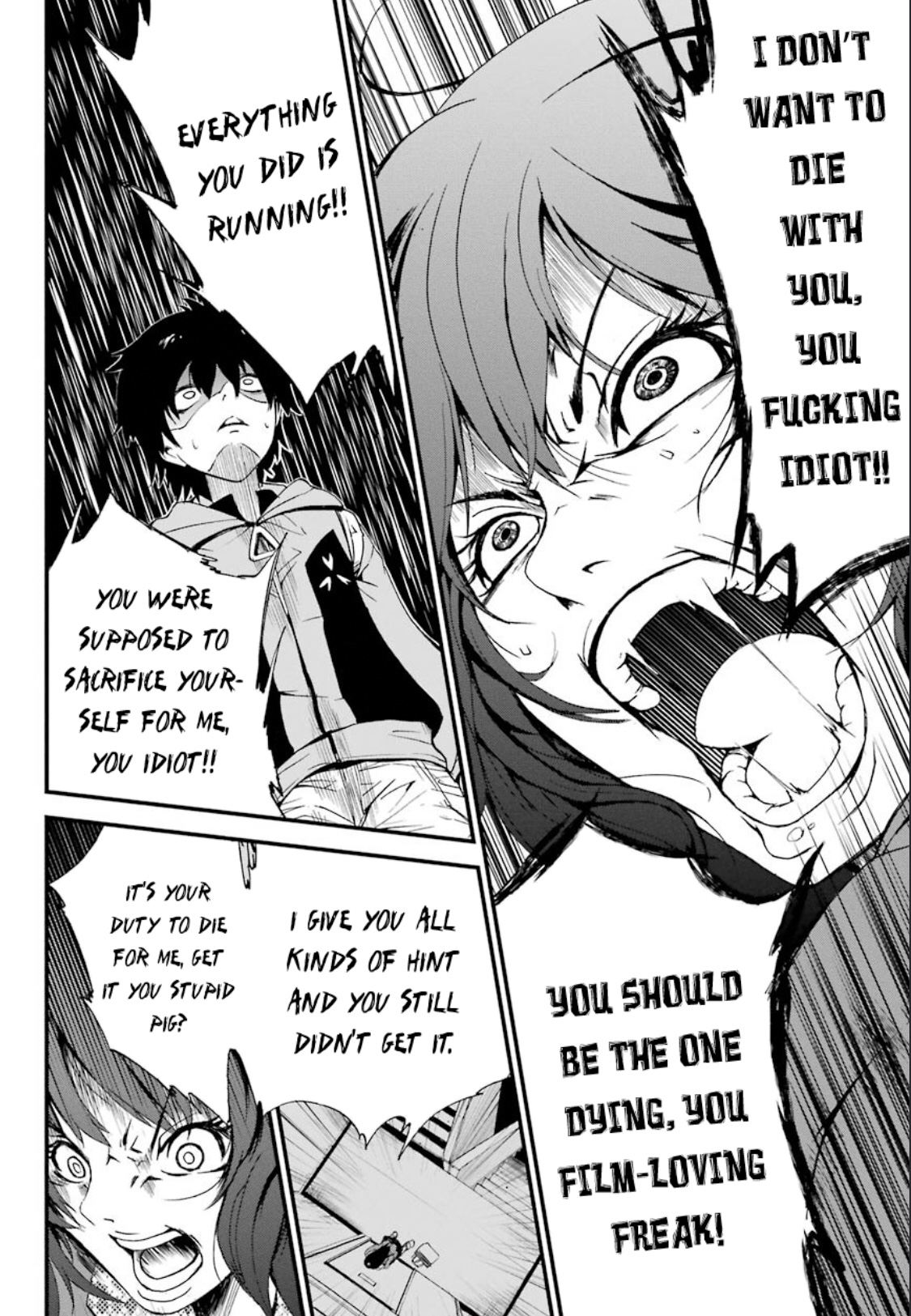 The last panel was a life changer: a ‘wicked’ homeless man killing and feeding off the goldfish as opposed to the rest of Shibuya which acted out as prey.

This was a great albeit horrifying read. An interesting take on monsters that otherwise we wouldn’t consider a threat. A twist to reality. How many of us would get devoured by giant goldfish before we realized that it wasn’t cgi ?